I think if they were are all realted Blue would definitely be they youngest, then it would be Mamas and then finally Sadie.

As I mentioned on the first page Blue was born on May 5th,2020 which means she barely turned 1. I would say that betwwen these 3 furry animals Blue would be the youngest, not only because she actually is ,but because the way she acts alone makes me think of her as a baby. Blue has a very goofy personality and she makes mistakes that any young kid would.So coming from a kid who is also the youngest within her 2 siblings I can really see how similar we act.

As I mentioned on the first page as well Mamas was born on July 1st,2016 which makes her 5 this year. I say that mamas would be the middle child between Blue and Sadie not because she actually is ,but because when you first meet mamas or just even look at her you just get this vibe that she can be mischievous ,but at the same time can be completely innocent. I'm not really sure how to explain it ,but she just radiates middle child energy and she is also pretty sassy.

As I mentioned on the first page Sadie was born on May 18th,2005 which makes 16 years old. I say that Sadie would be the oldest between the 3 not only because she is, but because Sadie just has this Old soul kind of vibe. Sadie is very quiet and it makes her seem very wise and I already know that if these 3 were actually related she would probably be the piece maker or she would just roll her eyes and mind her bussiness.

They love to play around, no matter the age.

Although they are all different Ages they all still love to play. That's right even Sadie! Blue will literally play anything as long as you give her attention and if she gets to run freely. This is because she is a puppy and she has the most energy.As for mamas she likes to play fetch or play with her cat toys. Crazy I know, but when we play fetch we ually just throw a toy down the stairs and wait for her to come back after she retreats it.Finally there's Sadie. Sadie now won't play as much as she used to, but she still likes to go outside and walk.

Each of these Furry friends knows how to do a trick, but of coruse you always have to give them a treat for their great preformance. Blueberry knows how to give 5 on both paws and up/down. We are in process of teaching her more before it's too late ,but she is so hyper that it makes it kind of hard. Mamas also knows how to give 5 with both her paws which some people find surprising because she is a cat afterall and most cats don't do tricks.As for Sadie as far as I know the only tricks she knows how to do is sit and lay down. 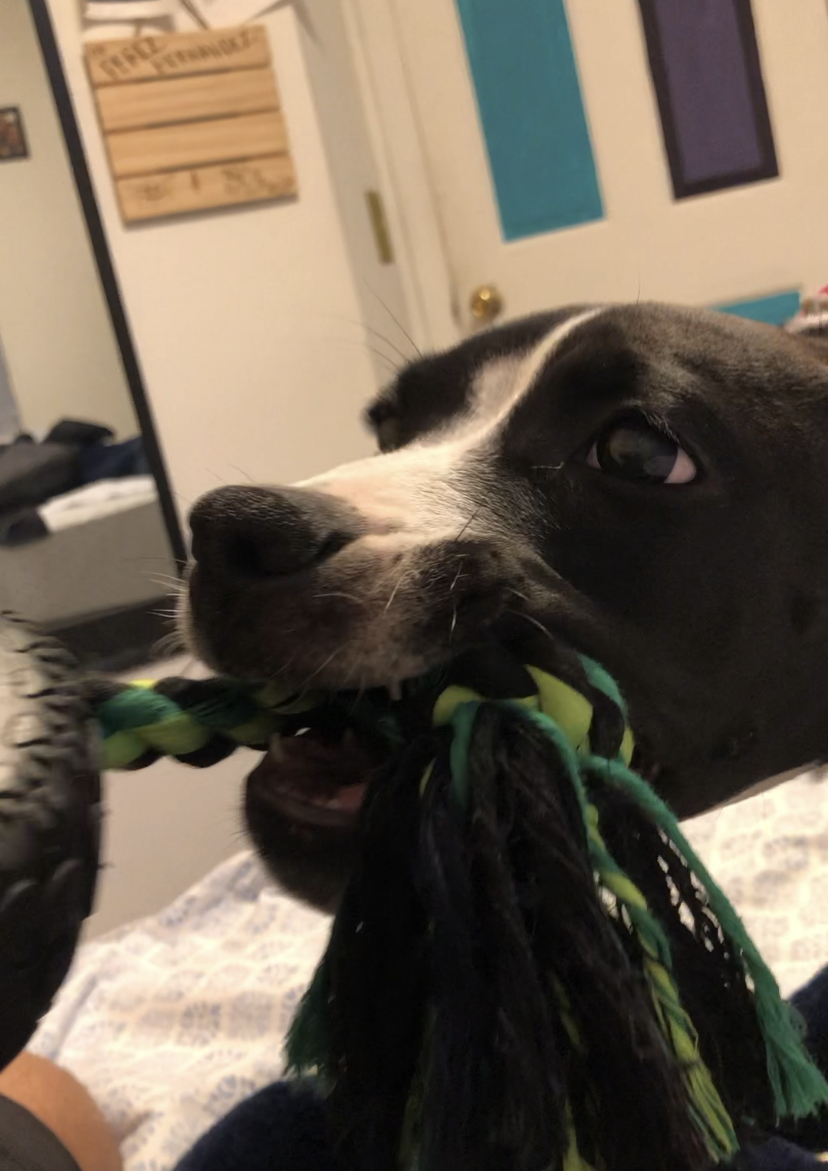 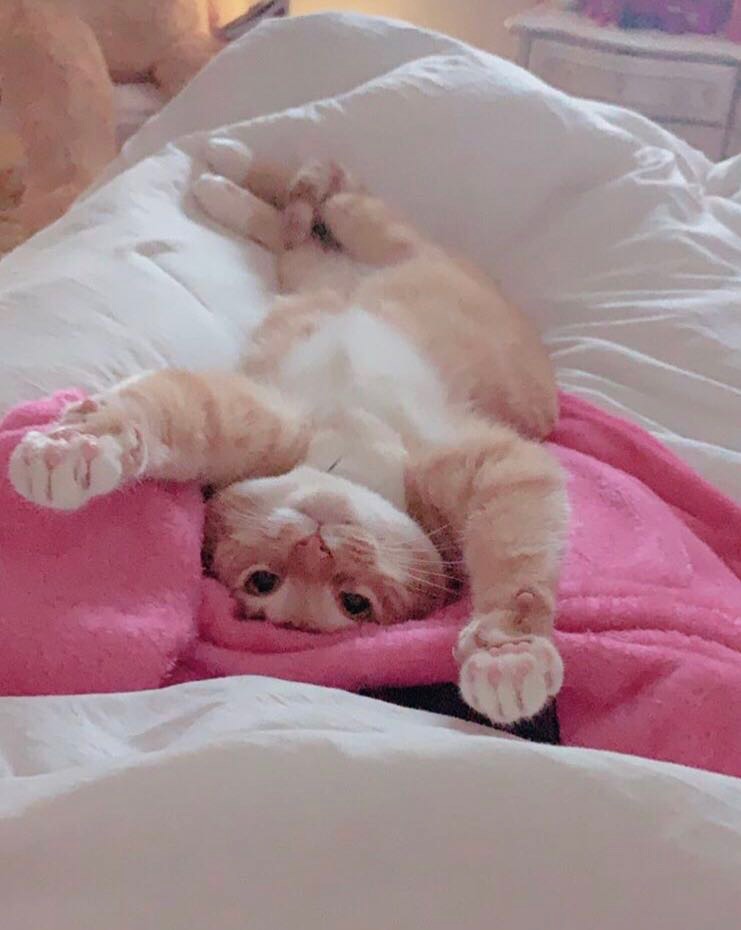 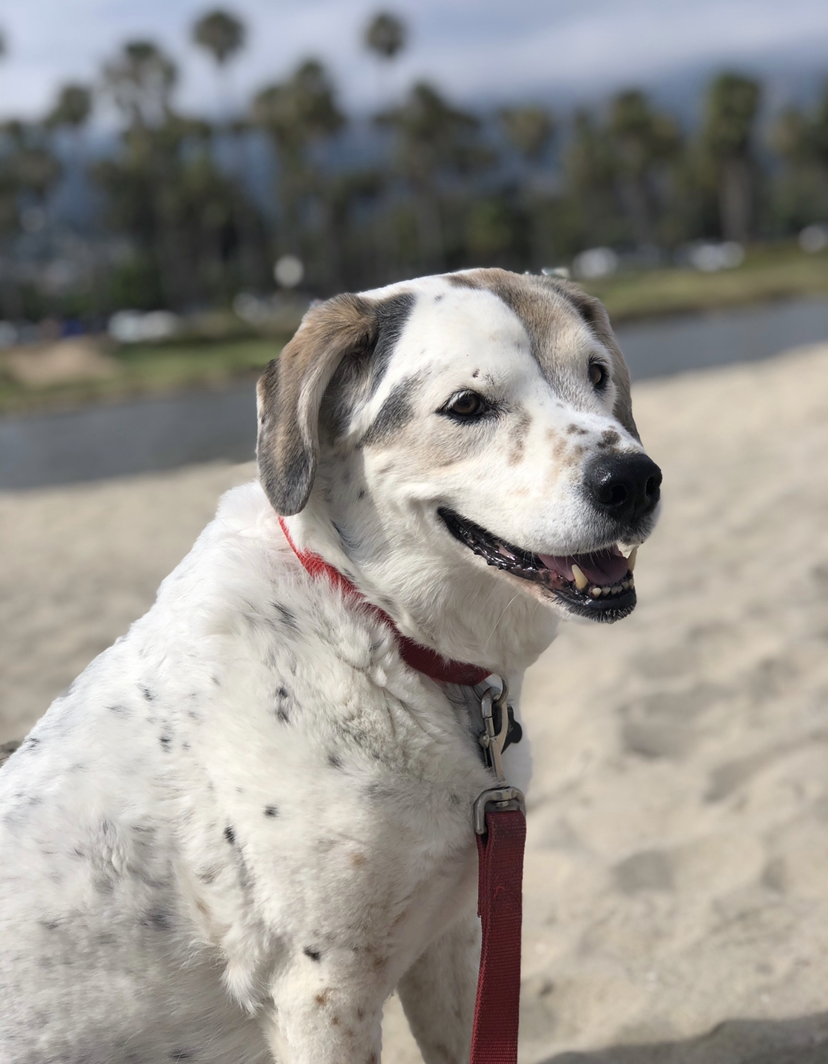